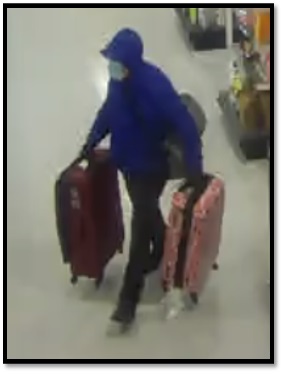 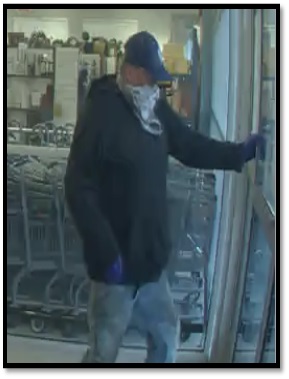 The Nanaimo RCMP are asking for the public’s assistance in identifying two individuals who recently broke in to Winners- HomeSense, located at 6950 Island Highway North. The incident occurred just after 6 AM on Sunday June 12, 2022.

Officers responded to an alarm that was activated at 6:12 AM. When they arrived on scene, officers  noted that the front sliding glass doors had been breached. Inside the store, several glass cases containing jewelry had been smashed with most of the contents taken. Still photos obtained showed two suspects entering the business at 6:07 AM. The two were then seen running directly toward the jewelry cases. It is currently unknown at this time what estimated loss is of stolen jewelry.

The photos attached show the two suspects with their faces covered, and one rolling several suitcases out of the store. If anyone has information on this incident, please contact the Nanaimo RCMP non-emergency line at 250-754-2345, and quote file # 2022-20007.