Protecting Canadians within and beyond our borders

BC RCMP Federal Policing protects Canadians against the most complex criminal threats including transnational organized crime, financial crime, and cybercrime. RCMP Federal Policing also looks after our national security, border integrity, and is responsible for the safety and security of designated Canadian officials and diplomatic properties.

When hearing about the RCMP, most Canadians think of the iconic red serge wearing Mountie, and the dedicated RCMP officers in uniform who serve in over 700 detachments within 153 municipalities, and in more than 600 First Nations communities across the country. With over 10,000 of the 30,000 RCMP personnel serving in BC, 72% of BC residents, and 121 First Nations communities receive policing services by the 6,800 BC RCMP officers. So naturally, many BC residents think of the uniformed contract policing RCMP officers when policing is the topic of discussion.

But what many BC residents, and Canadians in general do not realize is that the RCMP also provides dedicated Federal Policing services similar to US federal law enforcement agencies such as the FBI, DEA, the Department of Homeland Security, and its US Secret Service branch. Similar to the RCMP’s national Federal Policing Directorate, BC RCMP Federal Policing is responsible for protecting Canada’s financial and economic integrity, national security, and through its Protective Services and Operations units, it provides Close Protection to the Prime Minister of Canada, Governor General, Federal Ministers, Canadian executives, visiting foreign dignitaries, the Premier of the Province, and other federally and provincially designated persons as required.

BC RCMP Federal Policing is divided into numerous specialty divisions that are responsible for protecting Canadians and international partners from transnational serious and organized crime, cybercrime, as well as securing our vast borders with our partners, the Canada Border Services Agency (CBSA), and US border authorities. And similar to the portrayal of US federal agents in movies and popular television shows, RCMP Federal Policing investigators are often seen wearing plain clothes ranging from suits to t-shirts and jeans. As a matter of fact, the vast majority of RCMP Federal Policing investigations are inter-provincial or international in nature, and involve RCMP investigators working in joint operations with their domestic and international counterparts and law enforcement agencies around the world.

Although RCMP Federal Policing is responsible for conducting intelligence-led policing, national security investigations, and securing our borders, it is not to be confused with the Canadian Security Intelligence Service (CSIS), and the Canada Border Services Agency (CBSA). CSIS is Canada’s civilian-led intelligence agency responsible for collecting, analyzing, and disseminating threat-related information in the form of intelligence reports and other intelligence products to the Government of Canada. Therefore, CSIS is not a law enforcement agency like the RCMP, or other provincial and municipal policing organizations. The respective mandates of the CBSA and the RCMP enable the two organizations to play leading roles in protecting Canada’s border and keeping Canadians safe. The two federal law enforcement agencies work in collaboration through a joint border strategy to secure Canada’s border at, and between the ports of entry, and collaborate to encourage the efficient flow of lawful trade and travel.

Through our national headquarters, the RCMP also takes part in a wide array of dedicated international policing activities that include international peace operations deployments of Canadian police officers around the world with multinational organizations such as the UN, and NATO; in addition to diplomatic postings of RCMP liaison officers across the globe who are responsible for supporting investigations in their host countries. As Canada’s INTERPOL National Central Bureau operator, the RCMP works with INTERPOL’s 192 country bureaus, as well as the Europol network of agencies to combat transnational criminal activities.

While sophisticated criminal networks continue to evolve their techniques and international reach, BC RCMP Federal Policing also continues to advance its capabilities through the use of cutting edge technology, innovation, and collaboration with international law enforcement partners while fulfilling its enduring commitment to protecting Canadians within and beyond our borders. 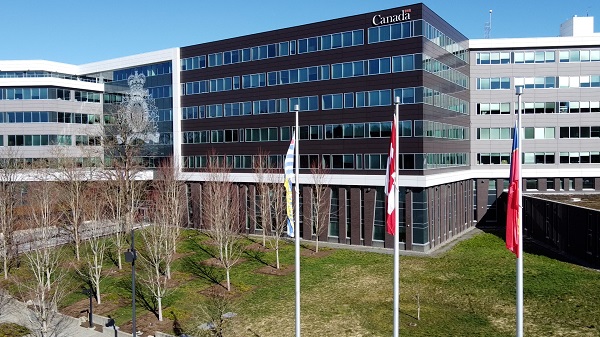