Adorable puppy recovered by police, is it yours?

Kamloops RCMP is seeking to identify the owner of an adorable pup that was abandoned in a stolen vehicle earlier today and any information related to a break and enter.

Just before 7 a.m. on Monday November 14, 2022 Tk’emlups RCMP received a report of a break and enter to a business in the 1400-block of Chief Louis Way in Kamloops. During the course of the break and enter, a 2022 3500 Dodge Ram pick-up and trailer, three dirt bikes, six sets of vehicle tires, as well as various tools associated to the business, had been stolen.

Later the same morning, Tk’emlups RCMP with support from Kamloops RCMP City officers and the Southeast District Police Dog Service tracked the stolen truck to a residence in the 2000-block of Pinantan Pritchard Road.

Two men located at the residence claimed no ownership or knowledge of how the vehicle had come to be on the property, nor did they know who owned the puppy found inside. 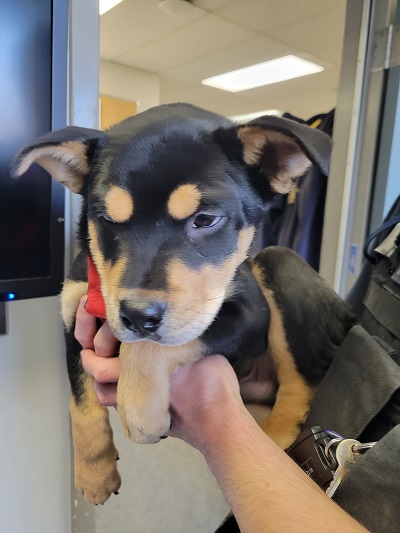 We are asking anyone who has knowledge of ownership of this puppy, who appears to a Rottweiler cross, to contact us, states S/Sgt, Janelle Shoihet of the Kamloops RCMP. The male puppy was wearing a red, harness at the time of his rescue and has been taken to a safe place until we can identify his owner. As well, we are seeking any information related to the location of a trailer and three dirt-bikes. 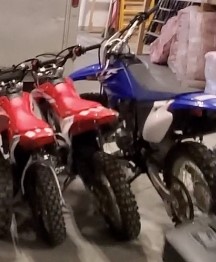 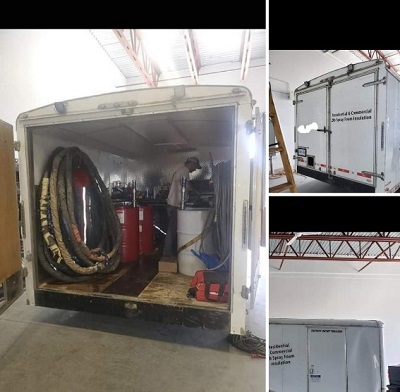 Link to larger file: white box trailer that has residential & commercial 2lb spray foam insulation, and the phone number 250-819-2991 written on the side and back.

If you have information about this adorable puppy, or the whereabouts of the items stolen during the break and enter, you are asked to contact the Kamloops RCMP at 250-828-3000 and cite file 2022-40844.