The Kamloops RCMP Detachment is asking for the public’s help identifying two suspects in a North Shore robbery yesterday evening.

Around 6:30 p.m. on Wednesday Sept. 21, 2022, frontline officers responded to a convenience store on the 1700-block of Tranquille Road for a robbery report involving a knife. 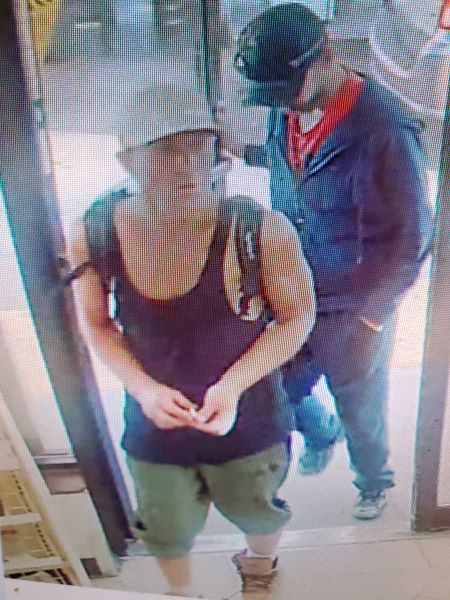 The two men captured in this image allegedly entered the store, picked up some items, then left without paying, said Corporal Crystal Evelyn, Kamloops RCMP spokesperson.

When the employee confronted them just outside of the store, one of the suspects produced a knife and pointed it at them, then left in the direction of Nicolani Drive. Despite significant patrols in the area, police did not locate the two men and are asking for the public’s help to identify them.

The second suspect is described as possibly Caucasian with a short beard, wearing a black baseball hat with sunglasses tucked onto the brim, a blue zip-up hoodie, a red t-shirt, blue jeans, and running shoes.

Anyone who can identify the individuals in this photo or has additional information, is asked to contact the Kamloops RCMP at 250-828-3000 and reference file 2022-33784.