The Dawson Creek RCMP received information on March 12, 2016 that two male youths were walking along the Alaska Highway near the Kiskatinaw River who required police assistance. Patrols were conducted and one of the youths was located on the Old Alaska Highway however he was alone. It appeared the two youth had gotten separated and one of the youths, Denny Poole, continued walking along the Alaska Highway toward Fort St John while the second youth turned back to Dawson Creek.

Information was received that Poole was last seen walking across the Kiskatinaw River Bridge on the AlaskaHighway at approximately 19:10 hours on March 12th, 2016. 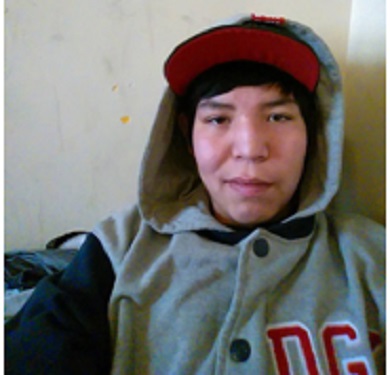 Denny Poole is described at the time of his disappearance as;

This investigation remains active and ongoing with the Dawson Creek RCMP continuing to investigate leads and following up on information already provided. Multiple resources have been utilized including, the RCMP Police Dog Services, RCMP Air Support services, Search and Rescue, and multiple local community assistance.

Anyone with information on Poole’s location or his disappearance is requested to contact the Dawson Creek RCMP at 250-784-3700 or if you wish to remain anonymous please contact Crime Stoppers at 1-800-222-8477.