If you bait it, they will come. Another bait bike arrest by police.

On October 7th, 2022, the Kelowna RCMP deployed one of their bait bikes at the Parkinson Recreation Center located at 1800 Parkinson Way. This particular location has been subject to an unfortunate amount of bike thefts in recent months, and deservedly so needed some unique enforcement strategy.

The Kelowna RCMP’s Community Safety Unit is responsible for deploying and monitoring police owned bait bikes, that are activated any time and nearly anywhere in the community. The bait bike program has been in existence for several years and recently expanded to include; downhill, hard tails, enduro, road and e-bikes.

Shortly after 2:20p.m, our Community Safety Unit officers were notified the bait bike was stolen and moving quickly. We tracked and arrested the individual who stole the bike in under seven minutes, with the assistance of one of our Police Dog Service officers states Cst. Mike Gauthier with the Community Safety Unit.

The individual arrested and charged is identified as Justin Paul Brehm who was brought before the courts immediately. Justin Paul Brehm was released from custody on extensive conditions and is scheduled to appear next in court on October 27th, 2022.

The Kelowna RCMP are reminding bike owners to take appropriate measures when it comes to documenting your bike and securing it efficiently when not in use.

A relatively small number of individuals are responsible for a large number of bike thefts in Kelowna. With this type of enforcement strategy and in collaboration with our local prosecution service, we are hoping to see some increased penalties for these repeat offenders states Sgt. Scott Powrie with the Community Safety Unit. 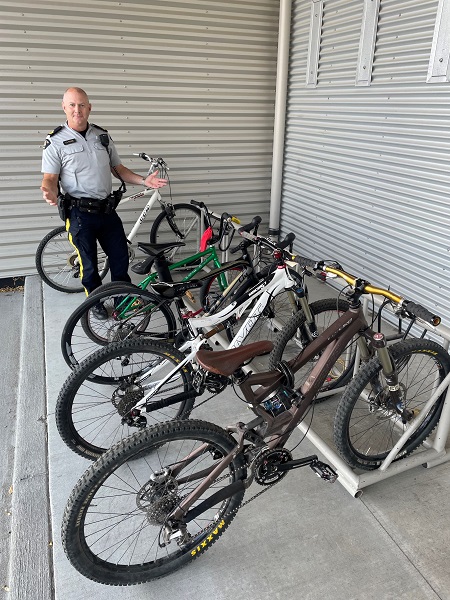