Day Three of the Cops for Cancer Tour de Valley came to an unusual end, as riders were shocked to find themselves riding over $100 bills!

As the 33 Cops for Cancer Tour de Valley riders wrapped up their visit to Chilliwack on Friday, they were shocked at what transpired. After a long day of cycling through the streets of Chilliwack to raise money for the Canadian Cancer Society and Pediatric cancer research, riders from this year’s Cops for Cancer Tour de Valley were flabbergasted when they found themselves cycling over multiple $100 bills.

At first, we thought we were being pranked. Our tour officials always stress the importance of staying together and not stopping for anything. When we rode over the first bill, we were in disbelief, said Chilliwack RCMP team member Sergeant Krista Vrolyk. Then, we rode over another bill and another. We were riding along a country road making our way back to Abbotsford when we were literally riding over $100s of dollars. When our support team realized what was going on, they pulled over and collected 23 x $100 bills and 1 x $50! It was unreal! So much money! It seemed to just fall from the sky! We knew we needed to collect the money and hand it in to the detachment. Some of the more cynical members of the team joked that it could be drug money.

That is when things got interesting. The team contacted the Chilliwack RCMP to let them know that they had found the cash and would be turning it over to them.
It turned out that a young man from Chilliwack had taken the cash out of the bank to pay for his new acquisition of 17 black belly sheep! Could it be more Chilliwack?!? 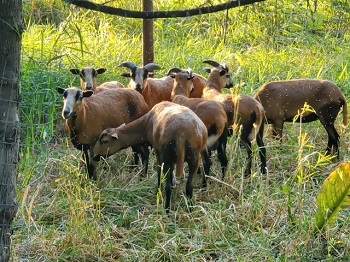 The young man and his father had been at a nearby farm picking up a trailer, which they hooked up, to their truck. The young man had put the envelope containing the $2700 cash he needed to pay for the sheep on the tongue of the trailer and then inadvertently drove off. They were halfway to Abbotsford when they realized what had happened and immediately turned around hoping that by some act of faith the money may still be there. They returned to the area and found only one $50 bill. They then turned to social media and called the RCMP to report the loss on the off chance that a Good Samaritan had located the money. In their minds, they grappled with the fact that the money was very likely gone forever!

Within an hour of reporting it to the RCMP, they received a call that blew them away! They were shocked to learn that the Cops for Cancer team were at the right place at the right time and were able to locate $2350 of their sheep fund!

People often say that Chilliwack is a small town in a big city and it turned out that one of the riders knew the young man’s family and he was able to meet up with the team the following day to share his story and personally thank them for their actions. Although feeling a little sheepish about his dumb move he was extremely grateful to the team and showed his gratitude with a framed $100 bill donation to the Canadian Cancer Society - Cops for Cancer.