The Kelowna RCMP is investigating a robbery that occurred at a gas station in late February.

At approximately 6:20 a.m. on February 28, 2022, Kelowna RCMP officers responded to robbery at a gas station in the 700-block area of Harvey Avenue in Kelowna. A male suspect entered the store and robbed it of cigarettes before fleeing the store on foot.

The suspect is described as being 6 feet tall, with a slender build, wearing a dark-coloured hoodie with what appears to be white spatter on the front, beige work pants, tan work boots, work gloves and a green mask, states Cpl. Tammy Lobb, Media Relations Officer for the Kelowna RCMP. 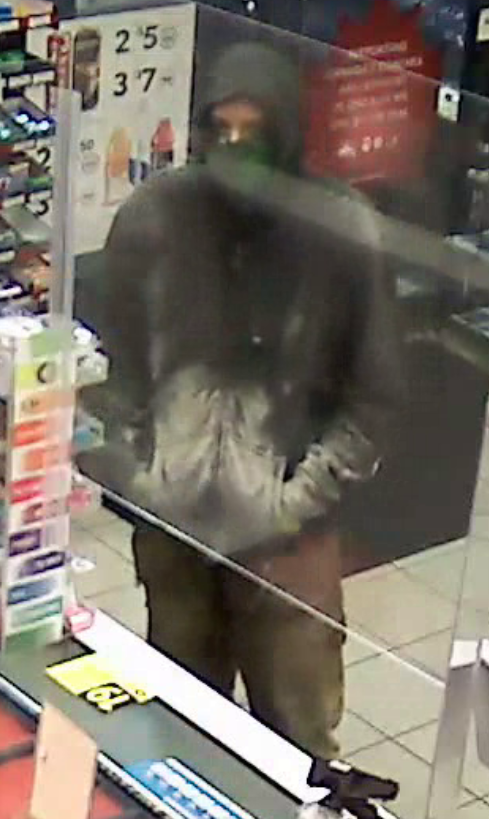 The investigation is ongoing and is being led by the Kelowna RCMP General Investigative Services - Robbery Unit. Anyone with any information on or who may have witnessed this incident is asked to contact the Robbery Unit at 250-762-3300 or remain completely anonymous by calling Crime Stoppers at 1-800-222-8477 or by leaving a tip online at www.crimestoppers.net