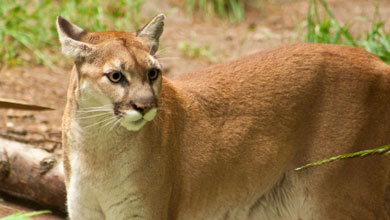 The Integrated First Nations Unit encourages you to learn and follow Cougar Safety guidelines offered by BC Ministry of Environment. Cougars can be especially dangerous to small children as the children’s higher voices, more erratic movements, and size make it more difficult for Cougars to identify them as human and not prey.

Your Yard, Home, and Pets

If You Meet a Cougar

Effective management of wildlife helps ensure safety of humans and animals. Bears or Cougars lured into residential areas by easy meals of garbage or other attractants lose their natural fear of humans. Such animals are then much more likely to have to be destroyed when they pose a direct risk to human life.

For more information, visit the BC Conservation Officer Service website at http://www.env.gov.bc.ca/cos/