The BC RCMP’s Police Dog Service provides enhanced policing to communities throughout the Province of British Columbia by supporting frontline police officers, and other specialized units such as Emergency Response Teams. The RCMP's dog handler teams are crossed-trained in many disciplines and specialties.

The BC RCMP Police Dog Service supports operational policing in the following ways: 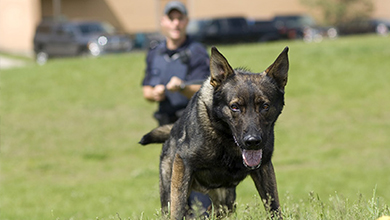 Read more about the PDSTC.

Our dog and handler teams patrol from Boston Bar to Pemberton, Sunshine Coast to the U.S. border.

Municipal police and dog handlers from Abbotsford, Delta, New Westminster, Port Moody, and West Vancouver are part of the integrated team model for the Lower Mainland. Members from the RCMP as well as municipal police are trained at the RCMP Police Dog Service Training Centre (PDSTC) in Innisfial, Alberta.

IPDS is based out of a centrally-located office in Surrey. Teams are strategically placed throughout the Lower Mainland to ensure quick response. Between calls, they proactively patrol and target high crime spots within the communities they serve.

Police Dog Services in the remainder of BC

There are three Districts covering the remainder of the Province. This includes the North District the Southeast District and the Island District. There are approximately 25 Police Dog Service teams covering these Districts.

PDS teams in the Districts work in busy urban areas such as Prince George, but also cover vast and sparsely populated areas within their District. It is common for a District handler to travel hours and hundreds of kilometres to attend a call for service. Handlers choose to work in the Districts for all kinds of reasons, including lifestyle, abundant recreational activities, and rewarding work.

The dog handlers in the Southeast District, North District, and Island District respond to approximately 5000 calls for service per year. 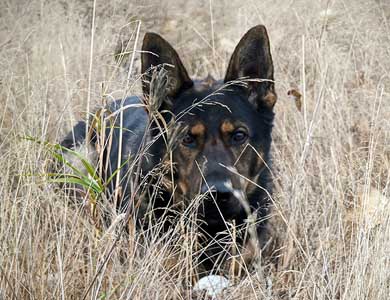 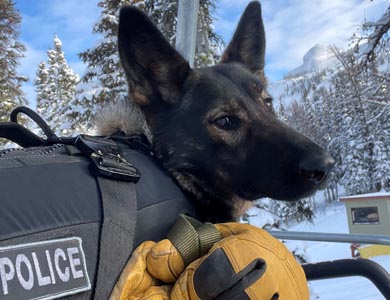 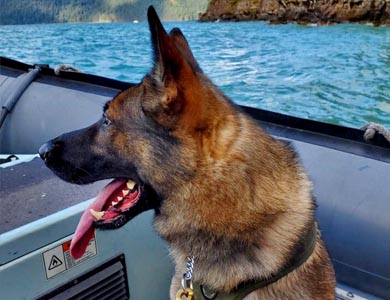